Symptom finder - The causes of hemiplegia 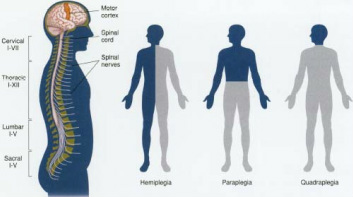 Symptom finder- The causes of hemiplegia

Paralysis on one side of the body is associated with hemiplegia. Hemiplegia is caused by unilateral lesion that located above the mid cervical spinal cord.

Todd’ paralysis is associated with epileptic seizures and transient hemiplegia. Hemiplegia is also associated with brain tumor. Subdural and extradural hemorrhages are associated with trauma. Infections from the paranasal sinus, mastoid, middle ear and lung may lead to hematogenous dissemination of the bacteria from the distant sites.

Multiple sclerosis patient may present with few symptoms due to the nature of demyelination. The symptoms may include sensory deficit, motor deficit, monocular blindness and diplopia from optic neuritis. Symptoms of raised intracranial pressure such as drowsiness, vomiting, nausea, sneezing, coughing and headache that worse in the morning is associated with cerebral abscess,brain tumor and extradural hematoma ( space occupying lesion).

Cerebral abscess as a result from infection may be associated with pyrexia ( fever or raised temperature). Multiple sclerosis may present with rippling of the facial muscle on one side of the face ( facial myokymia). Paraesthesia  of the feet and hand while flexing the neck is associated with cervical involvement and known as Lhermitte’s sign.

The precordium is auscultated for any new onset or changing in the murmur as well as nailfold for any nailfold infarct which is characteristic of the infective endocarditis. Sites of infection are detected by performing full examination of the sinuses, mastoid or ear ( local infection) and the lung and emboli ( distant infection) that may lead to cerebral abscess. Emboli also may originate from infective endocarditis. The pulse is assessed for any irregularity which leads to atrial fibrillation that predispose to cerebral emboli. Hypertension need to be identified by measuring blood pressure as hypertension is a risk factor for stroke. Transient ischemic attack is considered by the present of carotid bruits from atherosclerotic plaque. 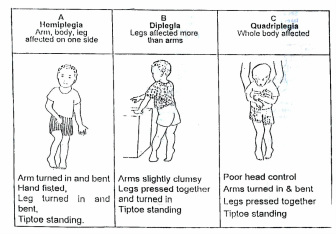 Specific laboratory investigation may include full blood count, urea and electrolytes and ESR. Others include lumbar puncture, EEG, MRI of the head and cervical spine, CT scan of the head and blood cultures.

In full blood count, the white cell count will rise which indicates the present of infarction and infection. Urea and electrolytes are useful in identifying any abnormalities in the electrolytes ( calcium, magnesium , glucose) which may precipitate seizures. Raised ESR is associated with infarction, infection and vasculitis. Before performing lumbar puncture , it is advisable to exclude raised intracranial pressure first. In multiple sclerosis there will be a rise in CSF IgG and on electrophoresis oligoclonal band is present.

EEg is used to rule out epilepsy. MRI of the cervical spine and head may reveal the present of periventricular plaque with multiple sclerosis, focal demyelination to identify any tumor or abscess. CT scan is considered for abscess, tumor , head injuries, cerebral infarction and intracerebral hemorrhage. CT scan is performed in an emergency case of sudden onset of hemiplegia to rule out cerebral infarction and bleeding. Blood culture is considered in suspected cases of cerebral abscess.