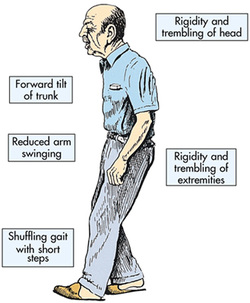 Besides Parkinson disease, there are  a few more disorders which may cause Parkinsonism which include Shy Drager syndrome that is also accompany by autonomic dysregulation and orthostatic hypotension or drugs such as the intake os MPTP.