Pathology definition - Carcinoma Of The Cervix 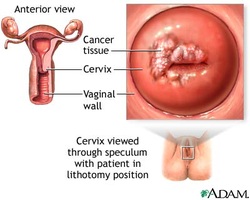 Cervical carcinoma in situ may present without any invasion of the  basement membrane which is characterized with dysplastic cells that extend through the entire epithelium.