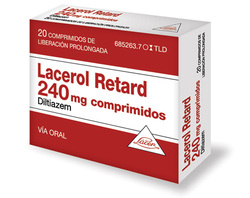 Initial treatment include assessment of the airway, breathing and circulation. Airway need to be protected . Oxygen supplement is given and 0.9% of normal saline solution is given. It is important to keep the vital signs within the normal range with the systolic blood pressure more than 90 mmHg and heart rate more than 60 beats per minutes as well as respiratory rates around 16 - 20 beats per minutes. Urine output also should be adequate . Continuous monitoring of hemodynamic status is vital.

The bottle of calcium channel blocker is sent along with the patient to the emergency department . Calcium such as calcium gluconate and calcium chloride are given to correct the calcium level after confirming calcium channel blocker poisoning. However, we need to make sure that the patient also does not suffer from digoxin toxicity due to adverse effect of calcium on digoxin toxicity. Calcium chloride is irritative to the veins. Extravasation and tissue necrosis with sloughing are common. Calcium gluconate is preferred as it does not cause necrosis and sloughing of the tissue and is useful in acidemia patient.

Patient with calcium channel blocker overdose may also suffer from hypotension and bradycardia. IV fluids need to be carefully administered and volume level and status are monitored using central venous pressure or Swan - Ganz catheter. Pressor agent such as epinephrine ( alpha and beat receptor agonist ) is given as well as dopamine ( alpha receptor agonist - when the doses is higher and lead to vasoconstriction and beta 1 receptor agonist - when the doses is lower and acts as positive inotropic agent on myocardium). Amrinone may incrase cAMP indirectly due to its effects as selective phosphodiesterase type III inhibitor. Glucagon may also cause an increase in the production of the cAMP when glucagon is mixed with 5% dextrose or normal saline.

Symptomatic patient with evidence of calcium channel blocker poisoning as well as patient who ingested sustained release preparation of calcium channel blocker should be admitted for assessment and monitoring due to delay presentation of symptoms and signs. Psychiatric evaluation is required , after the patient has been discharge. Patient may be discharge after 8 hours of immediate release preparation ingestion with a condition that he /she remain asymptomatic.

It is vital for the physician to focus on any suicidal intention or any risk of error in taking medication while assessing the patient. The patient may present with seizures, agitation, coma, confusion, depression, bradycardia, reflex tachycardia ( due to dihydropyridine) , hypotension, hyperglycemia or conduction abnormalities or heart block. The skin of the patient also may appear warm.
Common disorders that may mimic calcium channel blocker poisoning are heart block with acute myocardial infarction, digitalis toxicity, clonidine toxicity and beta blocker toxicity.

There are three different form of calcium channel blocker. This includes diltiazem which has a direct negative chronotropic effect and lead to decreased in peripheral vascular resistance which later causes a decrease in blood pressure and heart rate. However, initially there is an increase in cardiac output and heart rate.

Nifedipine ( dihydropyridine ) has a mild negative inotropic effect. Nifedipine may cause drop in blood pressure due to decrease in peripheral vascular resistance. Reflex tachycardia may also occur.

Verapamil ( phenylakylamines) is a negative chronotropic and negative ionotropic agent which cause a drop in blood pressure due to vasolidation.