Symptom finder - The causes of convulsions 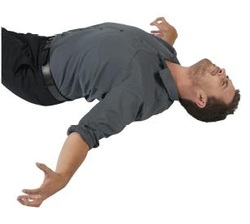 Symptom finder - The causes of convulsions

Convulsion is a series of involuntary contraction of the voluntary muscle violently. It is vital to exclude syncope and the causes of syncope while assessing the patient with convulsions.Description which is accurate is taken from the witness who saw the convulsions. This may help in differentiating different type of epileptic seizures. Onset of seizure is preceded by prodrome or aura. Epileptic patient will suffer from seizures due to flashing lights. It is important to rule out any drug overdose,surgery or trauma as a predisposing factors of convulsion.

Cerebral anoxia may induce permanent neurological deficit due to long cases of seizures. In Todd’s palsy, every cases of epilepsy will be followed with transient motor weakness post ictal. Any growth of tumor is characterized by chronic progressive impairment which later develop into seizures. Intracranial bleed, subarachnoid hemorrhage and stroke may lead to pre- existing neurological impairment which occur before the onset of convulsions.

Raised temperature or pyrexia is an indication of infection such as cerebral abscess and meningitis. Examination should focus on mastoiditis or otitis media. Pyrexia may present with convulsion as one of the complication especially in children . Examination is performed to look for any evidence of head injury that lead to convulsion or consequence of convulsion. Neurological examination is performed to identify the residual effect of neurological deficit due to convulsion. The examination will focus on higher cortical function and mental state. The location of the lesion / injury will be identified based on the abnormality detected by examination and clinical investigation. Todd’s palsy usually occur as post ictal episodes. However in certain cases, neurological abnormalities that occur after a seizures will resolve immediately. 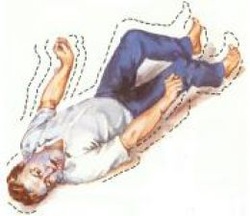 In full blood count, raised white cell count is associated with cerebral abscess, encephalitis and meningitis. Urea and electrolytes may reveal low or raised sodium and raised creatinine and urea due to renal failure. Blood glucose may be elevated ( hyperglycemia ) or low ( hypoglycemia). Serum calcium may be elevated ( hypercalcemia) or low ( hypocalcemia). Hyperglycemia or hypoglycemia is rapidly assess through BM stix. Arterial blood gases may indicates any episodes of hypoxia. Lumbar puncture is useful to exclude meningitis. EEG is considered to detect any type of epilepsy. Toxicology screen is considered to rule out any drug causing epilepsy.

Brain imaging such as CT scan or MRI scan of the head is useful when the underlying causes are unknown and any delay may lead to poor prognosis. These scans are associated in cases of neurological deficit. In subarachnoid hemorrhage there will be blood that is presented as high signal in the subarachnoid spaces. Skull fractures are identified with these imaging techniques. Alteration in brain density is an indication of cerebral tumor while high density signal during the first 2 weeks are due to intracranial bleeding.