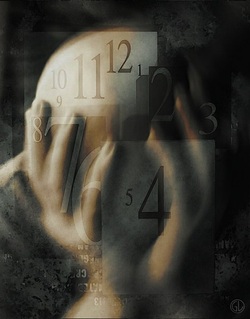 The causes of confusion are systemic diseases such as thyroid disorder, liver failure or renal failure, metabolic disorders such as vitamin B12 deficiency, Vitamin B1 ( Thiamin deficiency), imbalance of the electrolytes ( such as calcium and sodium), hypoglycemia and hyperglycemia,infection such as urinary tract infection, encephalitis, meningitis, septicemia and respiratory tract infection, neurological causes such as cerebral metastasis, TIA/stroke, post ictal epilepsy and head injuries , hypoxia due to cardiac failure and respiratory acidosis as well as drugs or toxins such as drug intoxication and alcohol withdrawal or alcohol intoxication.

Confusion is a behavior disorder which affect the clarity of the mental state, reasoning, comprehension and coherence. There are psychiatric causes or organic causes as described from above.

History of drug intake in elderly is important as drugs may induce confusion. Illicit drugs, steroids, barbiturates and benzodiazepine used and abrupt withdrawal may lead to confusion. Besides that, alcohol withdrawal ( delirium tremens) and alcohol intoxication may cause confusion.

In some cases, myocardial infarction in elderly may presented with confusion. Confusion and sensory deficits may occur due to vitamin B 12 or thiamine deficiencies. Confusion may also be precipitated with urinary tract infection ( hematuria, pyuria, malodorous urine, frequency and dysuria) and respiratory tract infection ( cough, purulent sputum and pyrexia). Cerebral metastasis and stroke are presented with sensory deficit and confusion.

Generally the patient level of consciousness and mental state are assessed using the Glasgow coma scale. Any raised in temperature or pyrexia are suggestive of infection ( urinary tract infection or respiratory tract infection ). Evidence of drug abuse is seen as needle puncture of the antecubital forearm veins. Inspection may reveal bleeding, lacerations of the scalp or hematoma due to head injury. 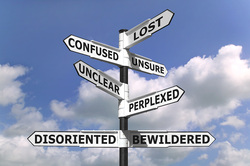 Sensory neuropathy may occur due to vitamin B12 or thiamine deficiency,alcoholism , renal failure, diabetes and carcinoma. Unilateral upper motor neuron weakness is suggestive of cerebral metastasis or stroke. Meningitis may present with cranial nerve abnormalities. Nystagmus is associated with cerebellar disease from chronic alcohol abuse, overdose of barbiturates, phenytoin toxicity and acute alcohol intoxication. Nystagmus, ataxia and ocular palsies are characteristic of Wernicke- Korsakoff syndrome due to deficiency of thiamine. Vitamin B12 deficiency may present with subacute combined degeneration of the spinal cord. In this case, there will be an involvement of the posterior column , with loss of light touch , proprioception and vibration. This condition is also accompany by loss of extensor plantar response and loss of ankle jerks.

Immediate investigation is required in acute case of confusion to rule out metabolic disorder. Brain imaging and urgent treatment are required to avoid devastating account such as meningococcal meningitis or stroke.

Full blood count may reveal raised white cell count due to infection or infarction. Thick blood film due to malaria and macrocytic anemia in vitamin B12 deficiency.Urea and electrolytes studies may reveal raised or low sodium, raised urea and creatinine due to renal failure. Serum calcium level may be raised or reduced. Liver function test may show evidence of liver failure with raised transaminase and bilirubin. Thyroid function test is useful to rule out hyperthyroidism and hypothyroidism ( myxoedema ). Toxicology screen may involve detection of alcohol, toxin or specific drugs in the urine and plasma. Infection is screen with blood cultures, urine cultures and sputum cultures. Arterial blood gases may reveal hypoxemia or hypercapnia with respiratory disease.

Saturation of oxygen is reduced with respiratory or cardiac disorder. Blood glucose and BM stix are useful to rule out hyperglycemia or hypoglycemia. Pneumonia is detected with chest x ray as lobar or consolidation of the bronchial. ECG is useful to detect any silent myocardial infarction and B12 assay is reduced in subacute combined degeneration of the spinal cord. Lumbar puncture is useful to rule out meningitis while EEG for epilepsy and CT scan or MRI scan of the head for head injuries, stroke or cerebral metastasis.