Acromegaly is seen in 6% of patient with MEN Type 1. The symptoms are gradually progressing over years. They are detectable on series on photographs.

Common complaints include increasing size of shoes and rings (becoming tight). Increase sweating and headache. Patient presents with carpal tunnel syndrome. There will be visual disturbance due to compression of optic chiasm. Patient’s present with symptoms and signs of hyperprolactinemia ( impotence, decreased in libido and irregular periods) and hypopituitarism ( hypoadrenalism, hypothyroidism and hypogonadism).

On examination, the hands are thick and greasy with the appearance of spade like hands. Signs of carpal tunnel syndrome are prominent. There will be arthritis affecting large joint such as temporomandibular joint as a sign of premature osteoarthritis.

The compression of the optic chiasm by pituitary tumour causing bitemporal superior quadrantanopia progressing to bitemporal hemianopia ( loss of visual field ). The feet are enlarged with multinodular goiter on the neck.

Microscopic analysis reveals the presents of acidophilic somatotrophs in the pituitary adenoma.

Measurement of serum IGF -1 is a useful initial screening test. It is based on the fact that growth hormone stimulates IGF -1 secretion in the liver. IGF -1 increases during puberty and pregnancy.

Glucose tolerance test is also conducted. 50 – 75g of oral glucose load is given. Then, every 30 minutes for 2 hours, growth hormone and glucose sample are taken. In cases of acromegaly, serum growth hormone levels are not suppressed in acromegaly. May produce false positive result as in anorexia nervosa, opiate addiction and Wilson’s disease.

Pituitary function test such as  9am cortisol, FH, and LH are considered to test for hypopituitarism .

The effect of compression of the optic chiasm by the pituitary tumour is detected via MRI of the brain. The present of osteophytes, tufting of terminal phalanges and increase in joint space can be detected via hand and feet x ray.

The treatments of acromegaly include surgical, radiotherapy and medical therapies. The surgical treatment in the form of hypophysectomy is the only curative treatment. It can be done via transsphenoidally in cases of less than 1 cm adenoma or craniotomy. The complications arises from surgery include hypopituitarism, nasoseptal perforation, CSF leak and recurrence of the adenoma.

Radiotherapy is an adjunctive treatment to surgical approach. Medical treatment is only effective if acromegaly is caused by microadenomas where they are not resectable. Subcutaneous somatostatin analogue such as lanreotide or octreotide is considered. However it carries the side effects such as gallstones, steatorrhea, glucose intolerance, abdominal pain and irritation at the injection site.

Oral dopamine agonist such as cabergoline and bromocriptine are considered with side effects such as constipation, nausea, vomiting, postural hypotension, psychosis and Raynaud’s phenomenon.

Pegvisomant is a form of growth hormone antagonist which is a new treatment in treating acromegaly.

Early diagnosis and treatment produce goods prognosis. However, the physical changes are irreversible. 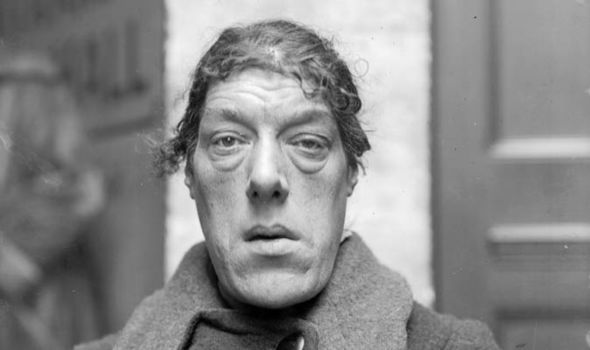