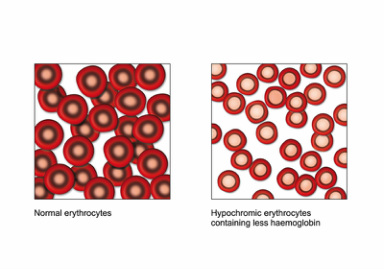 Patient with iron deficiency anemia may present with typically symptoms and signs of anemia such as fatigue, pallor, chest pain  and shortness of breath. Iron deficiency anemia is treated with identification the source of bleeding which may be occult in nature and consider supplementation of iron.