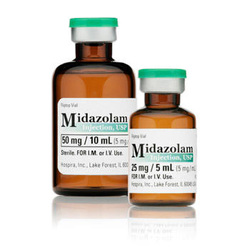 Benzodiazepine typically bind to the GABAA receptor which lead to activation of the GABAA receptor. This will lead to further increase in the flow of chloride ion through the chloride channel which cause hyperpolarization of the cell membrane. Finally there will be decrease in the neuronal activity in the thalamic, limbic and hypothalamic region of central nervous system.

Benzodiazepine should be avoided in patient who currently taking barbiturates, alcohol and patient who suffer from liver disease.

The common side effects of benzodiazepines are ataxia, sedation and altered in mental status. It is not advisable to stop the benzodiazepines abruptly as it may lead to withdrawal symptoms such as anxiety, confusion and insomnia. Patient becomes dependent to benzodiazepines.